What is the work of a financial analyst: is it worth trusting specialists

Anyone who has begun to work closely in the field of trading and investment is involuntarily struck by the thought, is it possible to believe an analyst who claims that in the near future the asset will certainly grow or fall in price. Turning on the TV or opening the Internet, we can observe a huge variety of forecasts.

Someone assumes that oil prices will rise sharply, while others promise an unprecedented jump in the foreign exchange market. A separate topic recently has been the furious discussion of digital coins, which are already breaking volatility records. Exchanges are developing rapidly and sometimes give out the most unexpected tricks. How can you invest in such conditions without losing your last money? Is it worth unconditionally trusting the opinion, albeit of official analysts? Today I want to consider this issue in more detail.

How Tesla did not live up to the "hopes" of experts

A financial analyst's job is mainly to make assumptions about a particular asset. The more accurate they are, the more highly qualified a specialist is considered. What is in reality? The people make fun of such experts, claiming that a person who has not achieved something outstanding in practice begins to study theory. To be honest, I myself have noticed more than once that many such experts have never worked directly with the exchange. Then why do they so confidently call themselves gurus of the financial world and believe that they can give advice about someone else's capital?

It's all about the popularity of services of this kind. As you know, demand creates supply. People themselves want to know what will happen in the near future with this or that asset, believing that an experienced analyst can easily predict any, even the most unexpected trend reversal. Note that the requirements for such experts are extremely low. Of course, to believe the analyst or not is entirely up to you. But do not forget that people who are truly dedicated to their profession are very rare here.

For some reason, most investors believe that the main task of a financial analyst is some specific advice. It seems like his opinion should not be questioned. In fact, this specialist can only give a recommendation regarding the financial instrument in question. A professional analyst must explain the real situation at the moment, express his opinion, back it up with facts, correctly argue and provide information in the most accessible form to his client.

The final decision remains only with the owner of the financial portfolio. He has the right to both trust an expert and act in his own way, realizing a number of consequences from each perfect step. 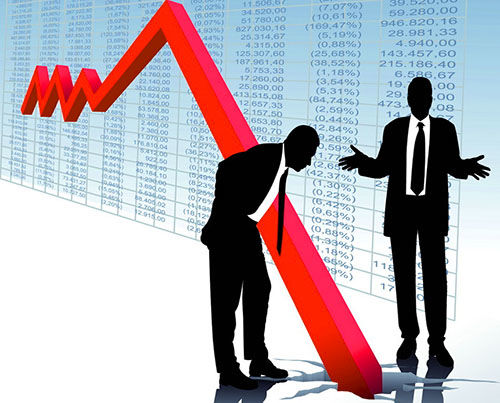 I would like to note that it is always easier to give negative forecasts, since in both cases no one will say anything to the analyst. Has the situation confirmed the expert's opinion? He is a specialist and warned in time. The big crash did not happen, and the asset is more alive than all living things? The money is safe, there is no panic, everything is fine. Moreover, a negative prognosis is much more likely to come true than a positive one, so the option "to be on the safe side for every fireman" is the favorite advice of every expert. In my opinion, the categorical nature of a financial analyst speaks of his unprofessionalism. Any medal has two sides, and trading on the stock exchange is based on the same principle.

The job of a financial analyst should not be limited to speculation based on experience or intuition. In the field of finance, only forecasts supported by convincing arguments are considered weighty. If your Expert Advisor guarantees the growth of an asset simply because it seems so to him, I do not recommend trusting such a specialist. This is the first call of professional incompetence. By the way, I advise you to pay attention to the practicing analysts and the methodology of their work. Does the expert use his own forecasts? If not, then I have bad news for you.

Big mistakes are no stranger to financial analysts. A great example is the company Tesla, owned by the notorious Elon Musk. In 2018, many experts were sure that this company would not last long. Today, however, Tesla is doing great. 2020 was closed with a plus, which these same analysts were unspeakably surprised at. The second good example is the Bitcoin cryptocurrency. Now only a hermit who lives far from civilization does not know about him. But in 2016, no one in the whole world has ever predicted such a crazy growth of this coin.

But there are organizations that only benefit from categorical forecasts. They are also called influencers. As a rule, these include large credit organizations that nominate their own experts. What is the main task? I'll give you a simple example.

Recently, representatives of at least five major banks have officially announced that Bitcoin will grow to a range of as much as $ 150-400 thousand per unit. I doubt analysts themselves believe this. Painfully fabulous figures are obtained. However, such information, coming from the mouths of major financial experts, encourages potential investors to pay attention to the portfolios of companies, for the benefit of which the analysts themselves work. Remarkably, there is also a share of cryptocurrency (guess which). What happens next? People are investing money, demand is growing, bitcoin is getting more expensive. The expert was right, the company started working, everyone was happy.

There is always a factor of surprise

To understand whether an analyst can be trusted or not, it is necessary to pay attention to the list of factors that he takes into account in his work. The movement in the value of an asset is usually predicted by identifying the difference between supply and demand, studying geopolitical influences and many other specific data. But you can never be 100% sure of something. There is always a risk of force majeure.

In 2020, US President Donald Trump posted a tweet to the Network, in which he announced the negotiations with Saudi Arabia on the topic of reducing oil production. The oil price reacted almost instantly - Brent rose by as much as 47% of its original cost. When the hype died down and the information was not confirmed by the partner, everything returned to its place. 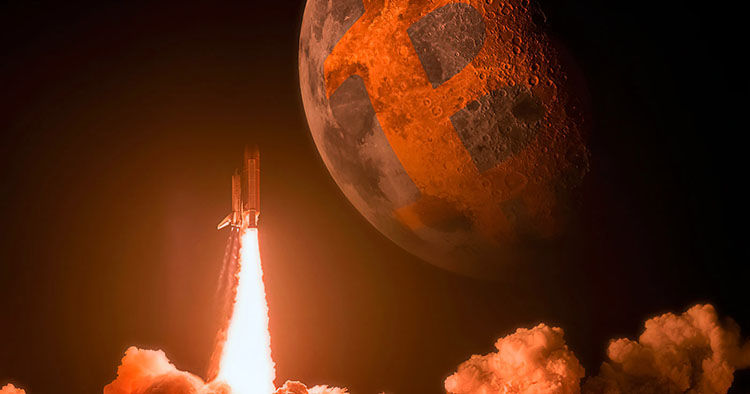 Not so long ago, Tesla owner Elon Musk said that his company has invested in bitcoin. The result is obvious: the coin immediately rose to $ 50 per unit. And now it has not really fallen in price. At the moment, the BTC price has stopped at $ 47 thousand. As you can see, it is simply impossible to calculate everything.

Let me give you another interesting story as an example. It is generally accepted in the financial community that any news of conflicts in the Middle East provokes an increase in the price of oil. When Islamists invaded Iraq in 2014, “black gold” rose by $ 10 per barrel. This was followed by a rollback. Analysts explained the reverse trend movement by the fact that the resource deposit is located in the south of the country, and all conflicts happened in the northern part. Okay, so let's say this looks like a perfectly logical explanation. But oil continued to move down and broke the original level of $ 1. This time the experts focused on inertia. The asset did not even think to return to its previous value, which became the reason for the emergence of explanations from the category of deep correction. The search for the perpetrators began. When the price of oil equaled the $ 107 mark, panic began to reign on the stock exchange. Many analysts began to suggest that soon, along with the traditional ones, shale deposits will be involved in order to return the cost to the previous level. At this rate, Brent has shown a new negative “record” of $ 40 per barrel. When the troubled Saudi authorities got down to business, long-awaited growth followed. And what about the experts? They rejoiced that they had predicted everything so well.

In reality, the work of a financial analyst here gave a serious misfire. The fall in the cost of the resource turned out to be in no way connected with the confrontations on the territory of Iraq. It's just that Saudi Arabia has significantly increased the rate of oil production. This has already happened in the period 1986-1987, which received the status of a real crisis.

Everyone is looking for confirmation of their intentions

When working with analysts, one cannot do without psychological aspects. If an investor has a strong desire to invest in gold, he will continue to look for an expert who will give a clear positive forecast for the precious metal. If the opinions of both parties coincide, most likely, the trader will spend capital as originally planned, refusing to further study the financial situation. This is an extremely reckless action that can lead to colossal losses.

If you want to become an investor, get ready to take full responsibility for your capital. The analyst only advises. But it’s you who are risking money. Blindly trusting an outsider, even if an experienced expert is not advised by any seasoned investor who has already managed to make a decent fortune.

Tips for working in the market with a plus:

Learn to be flexible and adapt quickly to any situation. Whatever the forecast, always rely only on your own strengths and soberly assess the risks. If you take responsibility for your capital and do your own research on the financial situation, you will certainly succeed.

How Exchange Trading Robots Can Help: A Beginner's Guide

What is money emission: its types and features

Apple's story: the rise and fall of the tech giant

What is the most profitable passive income in 2021