The stock market (FR) is a financial and economic instrument created for carrying out various operations with securities: purchase, sale, exchange, pledge (a good example is the London Stock Exchange, where securities of a number of the largest companies in the world are traded). FR was created to regulate the turnover of stocks, bills of exchange and bonds. The UK Stock Market is of the greatest interest for analysis (FRV), considered one of the oldest in the world. Another reason why I decided to analyze exactly FRV is that it is the largest international market in Europe and worldwide. The stock market in England is also interesting from the point of view of the history of its origin and development. Also, I was curious to know how the pandemic crisis has impacted Covid-19 on FRV... Therefore, I decided to write an article covering all the above and some other topics related to the UK Stock Market.

Features of the UK Stock Market, history of development 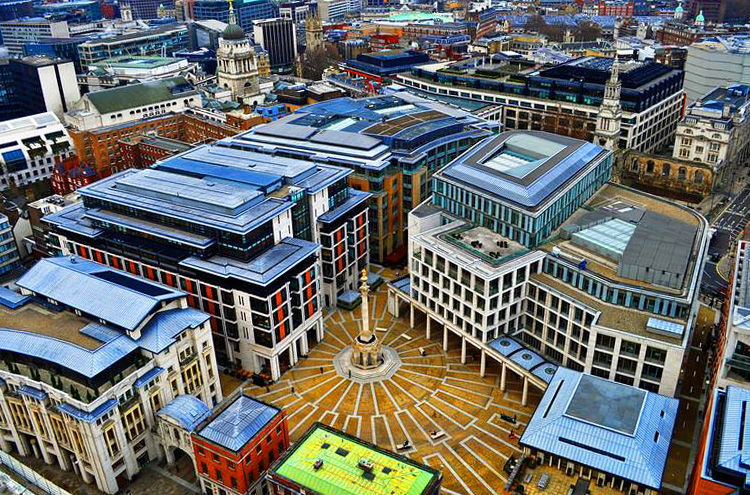 The economic basis for the formation of the UK securities market began to form in XVI century during the reign of Queen Elizabeth. England began to develop rapidly, increasing its maritime presence and increasing the volume of trade operations. As merchant capital grew, banks began to emerge to act as lenders for various companies.

The history of the emergence of the Bank of England is very interesting. In the end XVII century the country waged a war against France. When the state treasury was empty, the government was forced to ask for a loan of £ 1200000 from local creditors. In return, the latter got the opportunity to create their own bank. Initially a joint stock company, it specialized in lending to the government, with any loan provided only by decision of the UK Parliament. Since then central banks are traditionally subordinate to the authorities in that country. In 1695, the Central Bank of Scotland was formed, the functioning of which was similar to the Bank of England.

Meanwhile, the UK Stock Market continued to grow rapidly, creating significant competition for banks. The first serious competitor was London stock exchangewhich was founded in 1773. The reason for its appearance was the trading of shares of private companies, rather than government securities. It is noteworthy that the first exchange instruments included not only the securities of overseas trading firms, but also the shares of the Bank of England. Over the course of several decades, the English stock market continued its rapid development. It was dominated by shares of private firms. Having successfully overcome the competition of the state, the London Stock Exchange began to exist as an independent instrument, independent of banks.

Rapid growth FRV secured him a leading position in the world. In terms of money turnover, it ranked first until the First World War. Later, he lost the US championship. Then another serious competitor appeared in the face of Japan. Development stage of modern FRV falls on the post-war years, when the world successfully overcame fascism and Nazism. The British government has embarked on a course of denationalizing the public sector of the economy, contributing to the stock capitalization of the private sector of the public economy. In 2000, the share FRV in the total turnover of shares, bills and other securities was only 6%. That is, the UK dropped to third place, behind Japan (15%) and the United States (46%), respectively. Although in terms of turnover and the total market value of securities in circulation, the English market is only in third place, it is the leader in the number of international transactions with securities.

At the moment, the UK government continues to work to create a solid legal framework for the functioning FRV... Thus, officials are trying to get rid of centuries-old traditions for a transition to strict regulation based on legislative acts. It is noteworthy that the participation of the state in the regulation FRV comes down to the publication of relevant laws and the formation of a regulatory framework.

Characteristic FRV, as well as the stock markets of a number of English-speaking countries (Australia, USA, Canada) is the independence of banking organizations from the securities sector, that is, the use of the so-called "Anglo-Saxon" model, which has the following features:

The UK stock market includes primary and secondary markets. In addition, its structure contains many other markets, distinguished by the types of stock instruments used and the types of operations performed.

The UK borrowed from the American experience of trading in the stock market, especially after the entry into force of the Financial Services Act (1986). Most of the transactions are concluded through electronic systems using GEMM (market-makers). The latter receive permission to conduct operations from the Bank of England, which carries out daily monitoring of capital adequacy through a computer network. Market-makers receive certain advantages by being able to conduct securities transactions with the Bank of England directly, acting as buyers of last resort. Nonetheless, GEMM are required to report all transactions to the London Stock Exchange, which continues to exercise control over transactions in the market government bonds... Market-makers, over 50% of which are representatives of foreign credit and financial companies, are the main participants in secondary trading in the market government bonds... Also, there are small investors who buy and sell government bonds for a small fee.

Exchange trading accounts for a huge share of the total volume of trading in the UK Stock Market. The modern exchange network includes 6 of the largest exchanges in the UK with the London Exchange, which is the leader in terms of exchange trading volumes.

The purchase / sale of securities of public companies in England is carried out exclusively through exchanges. In contrast to the USA, where the exchange is used for the secondary circulation of securities, in the UK it acts as the main element of the primary market (the majority of new issues are conducted through the stock exchange). If a company's shares are not quoted on the stock exchange, they will not go public. 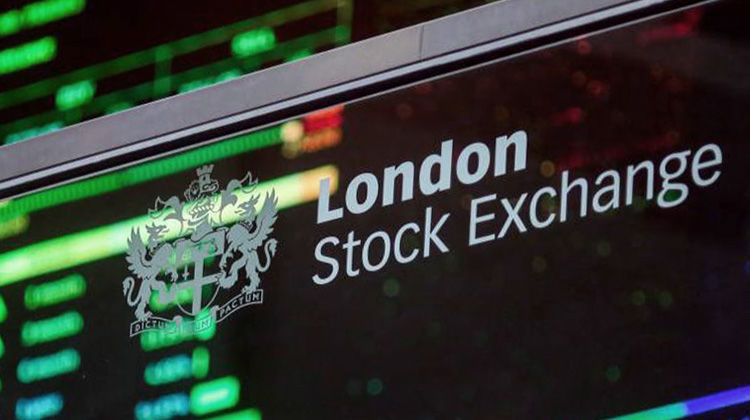 Although this exchange was established in 1773, over the years it functioned informally in various coffee houses, in the building of the Royal Exchange and even in the office of the OstThe Indian companies. In the 50s XIX century the office of the London Stock Exchange was located next to the Bank of England, and the number of its members exceeded 2000. Subsequently, the building of the exchange underwent several reconstructions, as the number of its members gradually increased.

The market price information service with a 22-channel internal television system, launched in 1970, contributed to the significant development of the exchange. This service informed about the cost of about 700 different trading instruments, and also reported on the activities of about 200 brokers and banking organizations. An internal telephone system was also introduced for members of the exchange. The practice of the "blue button" has sunk into oblivion.

Exchange members are divided into two groups: brokers and jobbers... The first ones interact with clients outside the exchange, execute orders (orders) for operations with trading instruments through jobbersthat perform functions similar to dealers. Feature jobbers is that they do not undertake to act in the best interests of customers. Their income is the difference in the purchase and sale value of the shares. In turn, brokers make a profit in the form of a commission.

Modern trading in securities on the stock exchange is carried out using two trading systems: SETS и SEAQ... The first was introduced in 1997 and uses the principle of promoting orders and applications. If a participant enters an order for an operation to buy or sell a stock, it will be executed automatically if a corresponding counter order is found. SETS are used to trade the most liquid instruments. The total value of securities in the system increases significantly.

SEAQ, using the principle of promoting quotes, functions in the same way as NASDAQ (USA). The essence of the system is that any security admitted to trading must include at least two marketmakers (members of the exchange) who undertake to quote it during the working day, setting prices and making transactions. In this case, the total volume of transactions is set by the exchange itself - Normal Market Size. SEAQ used for securities trading, non-tradable в SETS.

In 1996, the system was introduced CRESTused as a settlement and clearing system. It calculates the majority of shares. The UK stock market uses the rule that all transactions in certain trading instruments are settled on the third business day. If the docking flows of instructions are violated, counterparties pay a commission in accordance with the rules Euroclear.

Under British law, local issuing companies are required to hold shareholders' meetings at least once a calendar year, promptly notifying everyone via paper and electronic media. The Registrar must receive notice of intent to vote on the shares 48 hours before the meeting. The meeting may be attended either by the shareholder himself or by his authorized person. Also, the owner of shares can transfer voting rights to the nominee shareholder.

With regard to taxation, investors (including non-residents) undertake to pay Stamp duty (royal stamp duty), which is 0,5% of the transaction amount and 1,5% when converting funds into depositary receipts. Companies do not pay stamp duty in the event of an initial public offering on the local and international markets, when transferring shares without actually changing the owner. Stamp duty can be paid by both buyers of shares and sellers (by agreement of the parties).

Shareholders receive dividends either quarterly or every six months. Transfer of funds in the form of dividends is usually carried out using interbank payment systems, for example, BACS... The actual payment of dividends is carried out within a month from the moment of fixing the rights to income.

Impact of the pandemic on the London Stock Exchange

Having understood the structure and functioning of the UK Stock Market, I became interested in how the pandemic affected it. As you know, in the spring of 2020, US indices fell by 9%, and FTSE-100 London Stock Exchange fell 10,87%, the worst result in more than 30 years. The situation became even more aggravated against the background of a sharp drop in oil prices due to a decrease in its consumption and the refusal of a number of countries to reduce its production. However, the so-called Black Monday and Black Thursday were followed by stabilization and growth. Although recently there was news that capitalization Apple equaled the index FTSE-100, this is more due to the success of the tech giant than the fall of the London Stock Exchange.

Today, shares of companies with low capitalization are in particularly high demand in the retail market, as their value is the lowest. These securities are the best tool for traders who do not have a lot of initial capital. If you are a beginner trader, spend trading operations with tool AIM (companies with low capitalization). Besides that AIM make it easier for newcomers to enter the market, their shares are characterized by a rather high volatility, that is, they can significantly change their price for short periods of time. As a rule, companies AIM appeared on the market relatively recently, which is due to Volatility their shares. Let me remind you that the UK stock market is among the largest in the world, so here you can always find securities of companies from almost any country and sector of the economy.

How to make money while sitting at home in quarantine: passive income for everyone

Forex PF - a guide to the world of online trading