What is a swap in simple words

If you evaluate the meaning of the concept of "swap", Then this trading scheme on product markets in simple terms can be described as"you to me here - I to you there"- this is a very convenient configuration for building trade interaction, which allows you to radically open markets for partners, limited, for example, by infrastructure scarcity and physical impossibility to overcome it. However, in the organized market there are also, for example, foreign exchange transactions swapwhose mechanism is not as obvious as in the first case. Consider their structure in more detail. Rating of brokers for online trading.

However, in order to understand what is swap financial, first you need to highlight the essence swap classic, as well as the reasons for its relevance.

Suppose a market entity trades in oil. Plus, the geography of its supplies is such that, for various reasons, it has no access to the sea. That is, simply put, raw materials are delivered through pipelines only to specific consumers located in neighboring countries and in states located near neighbors. But the supplier’s ambitions are high - by all means he wants to enter the world oil market, simply because in the absence of any imposed restrictions (in this case, geographical), oil will definitely cost more.

It would seem that the manufacturer should forget about this (since he was so unlucky territorially). However, if there are other oil producing companies on the market that would like to enter the markets of the neighboring countries of the producer in question, then he will have a chance to agree even without involving his partner buyers in this process (after all, it’s through their territory all pipelines pass, and that they can block them).

Our producer negotiates the terms of delivery with other oil workers who (in theory) would like to supply their oil to its recipients. And then he finds oil buyers among those countries and companies that are customers of these producers (after all, they are purely theoretically also interested in expanding the geography of purchases). And then an agreement is concluded with competing oil workers, which provides for:

Thus the scheme is formed: you are here for me - I am there for you (or vice versa). In this case, the supply volumes are agreed on the basis of the market strength of the parties to the agreement, and prices, as a rule, are already determined on the basis of the interaction of supply and demand. Eventually swap allows the market globalize, providing access for all manufacturers to all, even very distant segments of consumer demand.

What is a swap in simple words? It is characteristic not only for industries where infrastructural limitations due to its high capital intensity are too expensive. Everywhere where there is any type of barrier of any kind for access to a market with a potentially attractive amount of potential revenue, you can observe transactions swap.

A striking example is the aviation alliance “SkyTeam”, Thanks to which airlines that do not fly to or from Russia are able to sell tickets even to Russian flights.

Why can this be beneficial for exchanging parties (producers of goods or services)? For several reasons:

So what is it swapdeals? Thanks to swap, first liberalization of the market occurs (when many manufacturers come to the market at once), and then its globalization (when these manufacturers begin to work within the framework of strict competitive rules). But in any case, both consumers, for whom prices are reduced, and suppliers themselves, for whom new markets open, benefit from this. 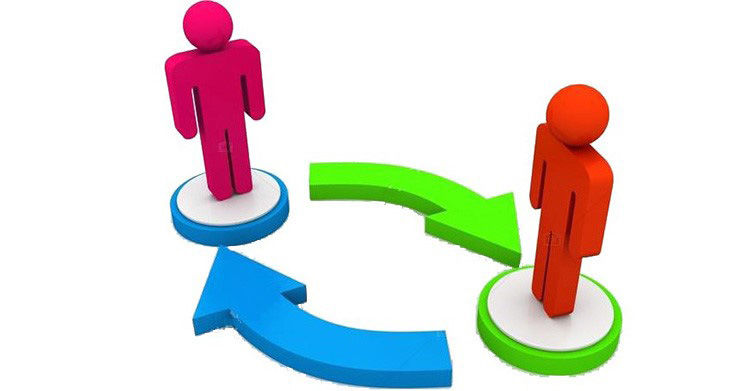 In general, if we talk about the essence of the concept, how about getting new opportunities in the presence of certain restrictions, then swap financial from swap commodity does not differ in content, however, very much in form. There are 4 types of financial swap:

Consider them in more detail.

Some confused spot и swap. These are different things, but they are wonderfully connected. Spot - this is the format of the organized market when the delivery of goods is carried out no later than 72 hours after the transaction on its acquisition (or sale). The currency swap in this case, it is a deal that allows you to earn on the difference in interest rates on loans in different banks of the two countries.

Consider the situation: market participant FOREX acquires euros for dollars. At the same time, he spends not his own dollars, but previously lends them to a US bank. Further, he does not put the purchased euros in his pocket, but on a deposit, for example, at some EU bank. If the interest on funds borrowed in the United States is less than the percentage paid on deposits by the EU bank, then the owner of the funds simply receives income in the form of a difference in interest payments, without actually spending anything.

However, some may ask why this is called swap. Is this not a logical flow of capital? Just be aware that in an organized market, these transactions are automated and carried out in a complex instantly. Therefore, it’s more correct to say that on FOREX takes place Trading interest rates (or foreign exchange swap).

In addition to the possibility of passive earnings, swap in this case, it’s a very practical way for a trader be credited under the transactions carried out by him with the help of the same money.

In other words, if you have credit relations with banks in different countries, then the conclusion of transactions in the framework of foreign exchange swap Allows you to trade the currencies of these countries without any investment of your own funds. (And we are not talking about any leverage here).

Latest functionality swap much more important than getting passive income. If we talk about trader working on only one currency pair and at the same time the duration of transactions does not exceed three months, then in this case earnings swap will be almost offset by fluctuations in exchange rates - they will more than cover the difference in interest rates.

Swap charged at zero hours GMT (this is at 2:00 Moscow time), and therefore this indicator is not of interest to traders at all-scalpersclosing deals before the end of the trading session.

Another thing is opportunity. be credited and due to the movement of the courses when opening the right position, not only compensate yourself for all possible losses due to the unfavorable difference in interest rates, but also earn on the movement of exchange rates. 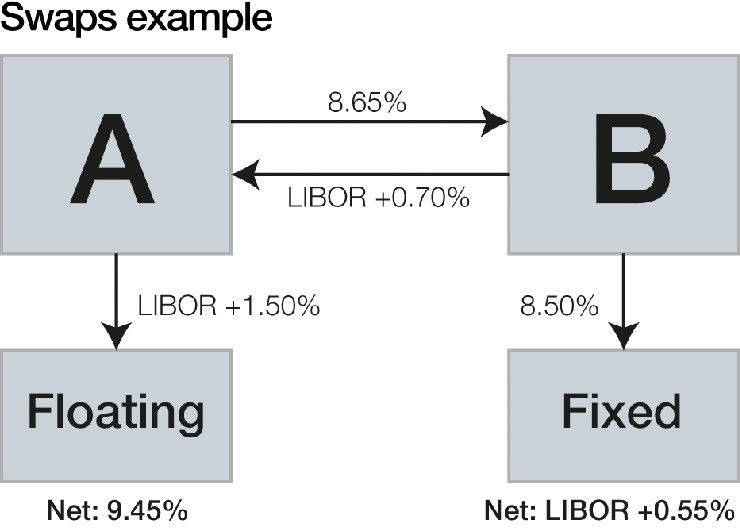 It would seem that this is the same as currency swap, only instead of the name of the currency should indicate ticker on shares. However, this is not so, and promotional swap - This is a 2 times more complex model that takes into account 2 global factors at once:

The stock market is fundamentally different from the foreign exchange. On the FOREX currencies “float” relative to each other - this means that the gain of some is the loss of others. As for the stock market (stocks, bonds, etc.), here everything tickers quoted ... relative to money (i.e., currencies). Therefore, the growth of the stock market allows the possibility of increasing wealth at once for all its participants. It’s just that you have to pay for it with reduced liquidity at any given moment in time (after all, you won’t take the share of the same Gazprom and you won’t run to the store with it - but with the dollar you can).

therefore be credited per share is much more expensive (deals Repurchase) than under the same contracts for the purchase / sale of currency. However, swap-credit lending promises transaction operators a much larger income: both traders and banks.

A vivid example is the situation in Russia with Gazprom shares in 2004-2005: then the state currency strengthened, and the capitalization of the energy giant grew rapidly. 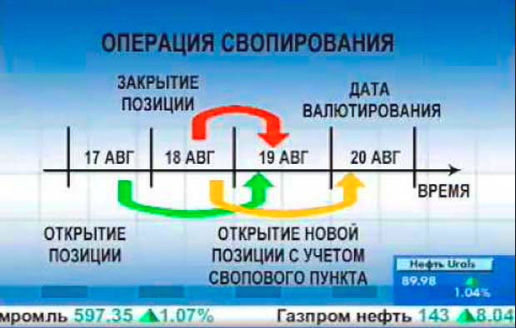 What is interest swap? It sounds like "butter oil." Actually interest swap It is aimed at traders who prefer the life of a "rentier" in the financial market. Here, a trader simply needs to carefully monitor interest rates at different banks, and then borrow funds where the rates on funds issued on credit are lower than the rates on the same classic deposits.

This situation, in particular, was observed in 2012, when in Europe deposit rates, as well as loan rates, became negative (in connection with “overheating»EU economy). This meant that if you borrow money from the bank, the bank was also ready to pay interest to you. Theoretically, this made it possible to borrow funds at European organized venues and “rearrange” them to American borrowers. Many traders did just that, and the restrictions here are purely technical (credit limit, etc.). 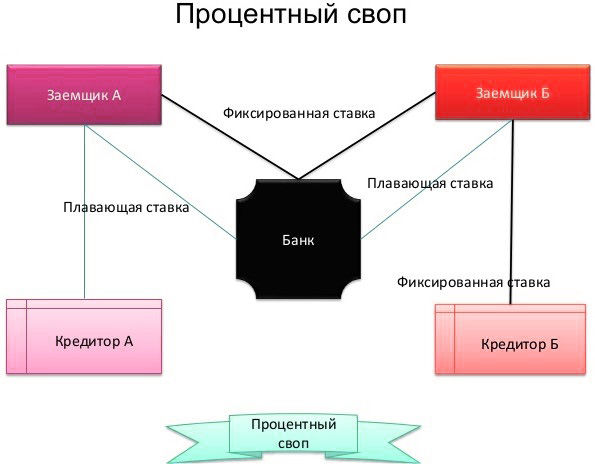 Swap on transactions with precious metals

Precious metals in their liquidity are sometimes considered as a substitute for money. We are talking about the notorious provision of those obligations or even currencies that do not enjoy special trust from investors.

Consider this case: for example, an international corporation issues its obligations (bonds) to finance an investment project in a country and places these obligations in the same country. However, bond sales are sluggish: investors poorly assess the market prospects of goods manufactured by the corporation, and indeed, there can be little reason.

Then the leadership of the corporation avalanches their bonds, for example, in gold. Does this mean that the company was forced to buy several tons of precious metal? Yes and no: no gold was purchased; options were bought instead call for gold with delivery and execution exactly in time for the first coupon payment on bonds.

This gives the company the opportunity not to lower the liquidity of its assets, first buying and then selling the metal physically. What is a deal-swap in this case? These are transaction-related transactions that are reduced to one point in time.

Dealings swap in one form or another it is aimed at optimizing both the movement of financial and material capital in time and space:

Moreover, no money flows across the border (which is especially important from the point of view of legislation on the withdrawal of capital abroad) - only obligations cross the border.

Swap greatly simplifies the life of everyone who participates in it, and a decrease in the overall level transactional costs always ultimately leads to a reduction in the cost of the delivered products: goods or services. (This is especially noticeable in the energy market).

The best forex robots to simplify the trading process

Forex Robots - Why Traders Prefer to Use Abi