Ruble exchange rate for 2020: a fundamental analysis of the current situation

To understand what will happen to the ruble in the future, you need to rely solely on fundamental analysis. A feature of the entire Russian organized financial market is the fact that only this type of analytics based on the assessment of objective events can be carried out on it.

An attempt to apply a technical analysis leads to the fact that even the most seemingly correct figures trendgiving strong signals trick analysts. And such a situation is observed at all echelons of market liquidity, including the currency component and among the blue chips (that is, among the shares of the most traded issuers).

This is due to the insufficient number of capital circulating in the domestic stock market: trading volumes and the number of participants are relatively small so that the movement of the chart has an impact on the future behavior of traders. Therefore, any attempts to conduct a technical analysis here are comparable in their reliability with numerology.

Determination of the ruble exchange rate

The experience of the previous two devaluations (1998 and 2014) is clearly demonstrated when exactly the Russian currency lost its strength characteristics. We are, of course, talking about the price of oil, or rather, about its fall.

There are additional “confirmation points” - for example, a slight correction of the 2008 market, when in October the price of a barrel fell from $ 147 to $ 110, and the price of a unit of American currency rose from 23 to 31 rubles. In addition, you can overlap charts of the ruble to $ and value Brent and make sure that they match, hardly, not in the details. 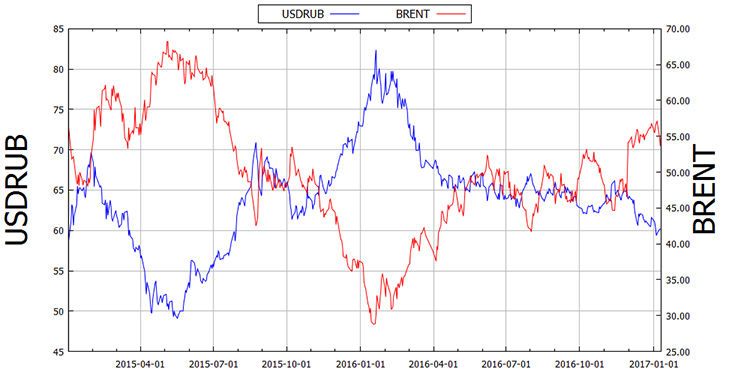 Fig. 1. The dynamics of oil prices and the dollar against the ruble

The fact is that in Russia the only commodity that can significantly influence its trade, and most importantly, the balance of payments, is oil and related hydrocarbons. Neither the sale of timber, nor fertilizers, nor the notorious grain, let alone industrial products, are able to provide export earnings in quantities sufficient to replenish the state budget, saturate the economy with secured money and even to form reserves. Only the topic of hydrocarbons is a donor for the country, and it depends on it what will happen to the ruble: if the price of a barrel falls and remains at the bottom, the ruble will also collapse; however, the likelihood of a certain renaissance cannot be ruled out.

The first reason for the current collapse is demand

Before the Christmas holidays, the ruble exchange rate for 2020 was predicted by various experts in the range of 60-70 rubles per $ 1. And everything really went pretty smoothly until the aftermath in China coronavirus. The fact is that China is potentially the most powerful economy in the world.

Although in absolute terms it is still ahead of the United States, China has a more balanced structure of the national economy.

And it was China’s stable development, which was increasing its hydrocarbon consumption, that kept oil prices at a relatively high level ($ 60-70 per barrel, and sometimes even reached $ 80), starting in 2014. 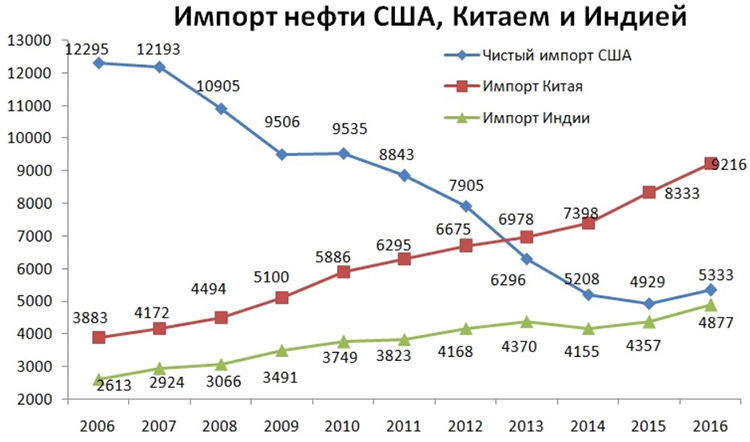 Fig. 3. The ratio of oil consumption by China and other countries

The virus gave rise to quarantine measures, violated the usual way of consumption, and after it began to curtail production. Of course, we are not talking about a fatal decline, but objectively, oil purchases by its most important consumer declined. An important component of global demand has declined.

The second reason for the current collapse is the proposal

The largest seller of oil on the world market is the OPEC cartel, which Russia joined several years ago. The agreement concluded at that time to cut production was justified: the supply of oil on the market corresponded to demand, due to which its price was, in fact, stable. Together with oil, the ruble exchange rate was also stable (until 2020).

However, on March 6, during the procedure for extending the current OPEC + deal, the Russian delegation consistently insisted on maintaining the previous level of production, while the remaining members of the cartel spoke of the need to reduce it (in accordance with “shrinking” demand). The Russian delegation rejected such an initiative, but they did not begin to persuade it for a long time: 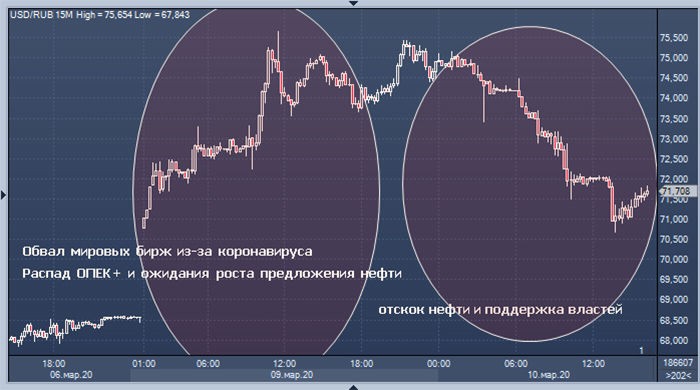 Now in the world, in fact, there is no artificial limiter to the oil supply - in the near future it will most likely increase momentum. And that means that the forecast "Goldman Sachs"That the barrel will be stuck for a long time at $ 20.

For oil, this analysis of what will happen to the ruble is based on the fact that no other factors affect the exchange rate of the national Russian currency (for example, the discount rate of the Central Bank of the Russian Federation means nothing to the participants in the foreign exchange market). The presence of accumulated Ministry of Finance and the Central Bank of reserves - $ 570 billion at the beginning of the crisis. But as practice shows, the Central Bank is in no hurry to use them. As part of determining what the ruble exchange rate will be in 2020, it seems reasonable to "sketch" a couple of options for the development of events.

Saudi Arabia increases supply to 13 million barrels per day (using all capacities, without regard to current prices)

The point, of course, is the struggle for market share. At Saudi the lowest cost of production is at a level of less than $ 10 per barrel. Russia has more than 2 times higher, therefore, since the great energy power didn’t want to culturally reduce supply along with everyone, reducing supplies to its traditional partners, then Arabs will make prices for a “barrel” below $ 20, while for Russian oil producers the desire to get anything at all will not disappear. Only the most will be operated highly profitable areas, so the supply will fall by itself, but Russia will lose the usual markets.

If the barrel rate lingers for $ 20 longer than 3-4 months, then the ruble shines flight into a deep abyss. The first stop is 120 p. / $, But when you smell the blood, all market participants will begin to play for a fall, so that we are again awaiting the introduction of the currency corridor and a smooth unlimited devaluation. 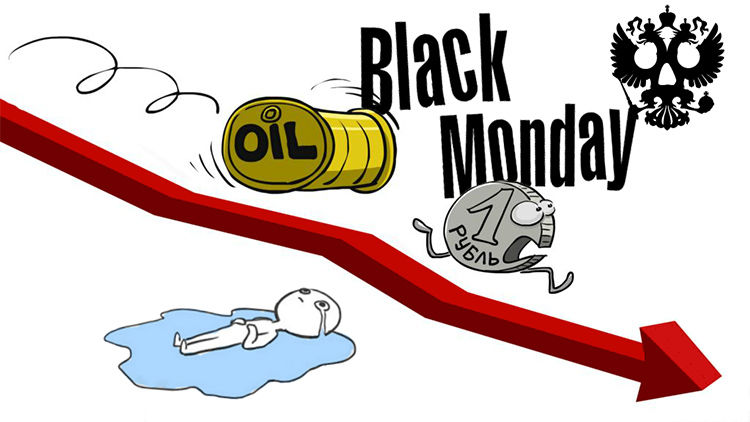 China's economy will begin to revive

Any news that China is increasing oil purchases is saving manna for the global oil market. Once the number of sick from coronovirus will grow at a slower pace than the number recovering from it, then one can expect an increase in the cost of a barrel of oil. However, in order for it to firmly establish itself at a level significantly higher than $ 30, intensive growth is required not only in the PRC economy, but also in the United States (and there it is still very far from a turning point in the fight against the virus).

The ruble in the event of an increase in oil purchases in China will even begin to regain lost ground.

Shale oil production to start curtailing in the USA

With modern shale oil production technology, production costs range from $ 40 to $ 60 per barrel. It can be assumed that at current oil prices they should “bend” even faster than domestic producers. However, the US economy is so strong (thanks to the Great Dollar) that it’s as if shale begin from hopelessness to massively settle scores with life, can only a very naive person. In America, there is an effective tool for insuring producers against falling hydrocarbon prices, which ultimately comes down to state subsidies, and this country is very rich!

Russia should not count on the factor of withdrawal from the market of American shale producers in Russia. Most likely, some reduction in supply will occur on their part, but this can not be compared with increasing sales the Saudis.

So, at the moment it is obvious that the only factor that can return the price of oil and the ruble exchange rate in 2020 to growth is the increase in consumption of black gold. First of all, from China. Until that happens, oil is destined to fluctuate in the range from $ 20 to $ 30 per barrel, ruble - hang out between 75 and 85 rubles per US dollar.

Where can I buy Amazon shares for an individual?

Quarantine 2020 breaking news: how a pandemic will change the world