The crisis in Russia 2020 and the pandemic. How coronavirus collapses the global financial market and what to do?

Since the beginning of 2020, the attention of the entire world has been riveted to the Chinese province of Hubei. The causes of the crisis in Russia are closely related to the spread of the coronavirus COVID-19 in this region. Let's see why the pandemic had such a strong impact on the financial market, and investors rushed to merge assets.

Over the past two years, events around China have had a strong influence on the course of exchange trading. If a year ago, investors were preoccupied with the Washington-Beijing trade war, then in early 2020, the focus of attention shifted to Hubei. On its territory, the first fatal cases of infection with the COVID-19 virus were recorded.

Now coronavirus is hotly debated by all participants in the global financial market. Let's see how on this winwhy this event had such a strong impact on the economy, how the pandemic affected the crisis in Russia in 2020 and what forecasts are given by financial experts.

All data on the spread of the virus that were used when writing the material was taken from official sources.

Hubei Province, in which the first outbreak of the COVID-19 virus occurred, is one of the key industrial centers of the Middle Kingdom. For the past fifty years, the Chinese Communist Party has contributed to the active technological development of this territory.

During this time, from the backward agricultural region, Hubei Province turned into an industrial center with a developed economy and transport infrastructure.

In this area, there are automobile factories of European brands, software companies, textile factories and other large enterprises. Many of them are funded by foreign investors.

Despite this, the rapid spread of the COVID-19 virus in Hubei province forced the Celestial government to quarantine and restrict the work of many industrial enterprises in neighboring areas. Over the past fifteen years, China has been called the "great factory", but at the beginning of the year, its established work stopped for the first time. 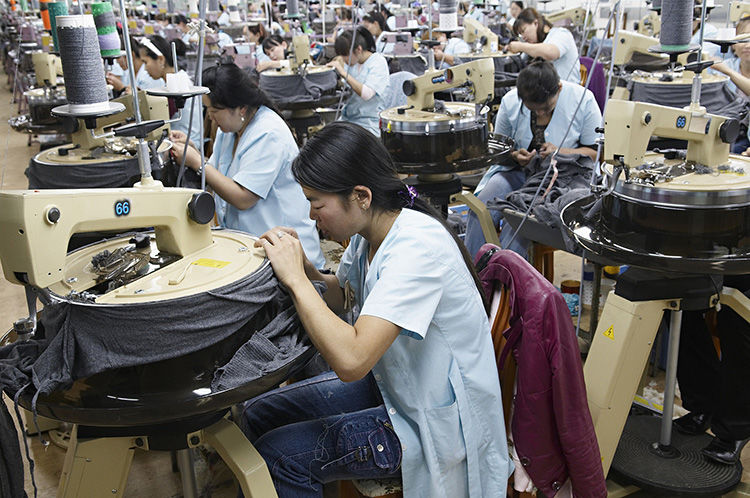 Against the backdrop of these events, many investors rushed to sell risky assets, which include stocks, oil, copper and currencies of developing countries. Large-scale sales took place in the financial markets. The media actively covered the situation, which only intensified the panic. The results were not long in coming.

Как buy shares to an individual?

At the end of February, many experts predicted the beginning of a new crisis. They turned out to be right. Some believe that in terms of scale it can reach the economic crisis of 2008, the consequences of which are still reflected in world markets.

The beginning of the financial crisis in Russia 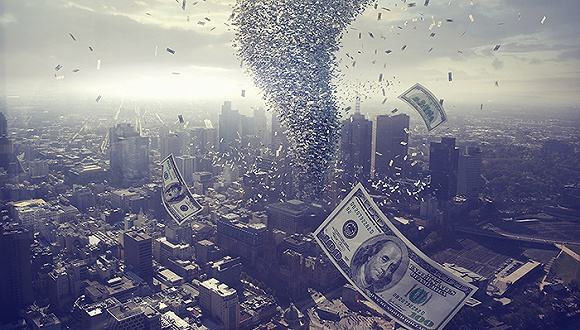 At the start of trading on Monday (09.03.2020/31/XNUMX), the price of oil in Asian markets fell by more than XNUMX% compared to last week's prices. The media associated this fall with the results of the negotiations of OPEC countries. They could not agree to reduce production with other oil-producing countries.

Along with the spread of coronavirus and the expected slowdown in global economic growth, oil prices collapsed. The reasons for the crisis in Russia are becoming clearer - exchange rate fell after the quotes of "black gold". However, the failure of the OPEC deal affected not only our country.

On Monday (09.03.2020) trading on European stock exchanges opened with the collapse of the main indices. This drop is not only due to lower oil prices.

In early March, a serious outbreak of coronavirus occurred in Italy. The death toll from the virus has already exceeded the mark of a thousand people. To slow down the epidemic, the Italian government was forced to impose restrictions on the movement of people in the northern regions of the country. All this could not but affect the European economy.

The STOXX 600 index, which combines stock prices of 600 largest European companies, fell by more than 6%. The SXEP oil and gas subsector fell 7,3%. The London FTSE 100 index, which takes into account quotes of oil giants BP and Royal Dutch Shell, fell by 8%. Shares of companies themselves fell by more than 20%, and due to the sharp collapse of the ruble, many media outlets predicted a crisis in Russia 2020.

At the beginning of the week in the United States, electronic trading on S&P 500 futures was stopped when the index fell to five percent.

Is it worth it to raise panic due to coronavirus?

Is coronavirus really so scary, as the media say, and have there been such precedents in the past? Let's try to understand these issues.

Extent of the problem

First of all, do not lose your head because of the high number of cases. More than a hundred thousand people have been infected with the virus, but on a global scale this figure does not seem astronomical.

For 2020, the number of inhabitants of the Earth is 7,782 billion people. In other words, the virus has captured less than 0,001% of the population. This number cannot be compared with the victims of other epidemics that have affected humanity.

The average age of the victims

According to WHO, the majority of victims of COVID-19 are elderly people. However, only 5% of victims have a severe form of the disease. Young people who become infected with a coronavirus experience it in a mild form - like a common cold.

The number of recovered

According to the PRC government, almost 70% of those infected with the virus in the country have recovered. This does not require specific treatment - in hospitals, the victims are only relieved and relieved of the symptoms of the disease.

In the future, the percentage of recovered will only increase, as the virus harder to spread in warm weather.

Prevention of COVID-19 is no different from the prevention of any other viral infections. You need to wash your hands with soap more often, avoid contact with coughing people, drink more fluids and try not to visit public places. Doctors also recommend giving up handshakes and hugs at a meeting. 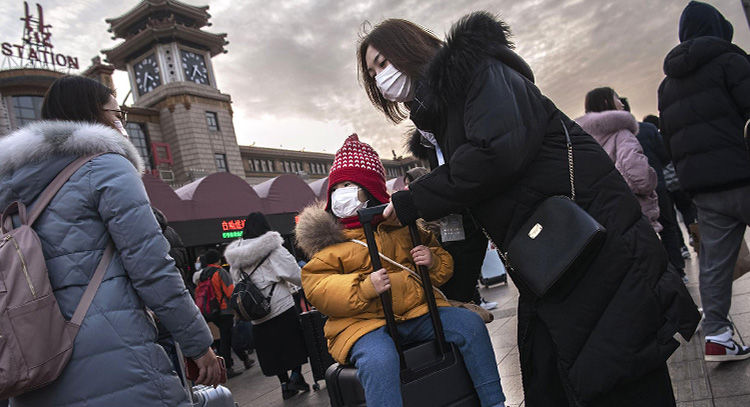 The effect of coronavirus on the financial market

The coronavirus epidemic is often compared with SARS (SARS), the first case of which was recorded at the end of 2002. The spread of this virus also began with China. Let's remember how humanity defeated the epidemic 17 years ago.

How is SARS different from coronavirus?

The main difference between the SARS epidemic and the outbreak of coronavirus is a delayed public response. The Chinese government hid infection information from WHO. The world community found out about it only a few months after the first recorded case of the disease.

In the case of coronavirus, the situation is completely different. Celestial authorities are actively working with specialists from other countries to stop the spread of infection as soon as possible. In addition, the Internet helps to increase people's awareness of COVID-19 - over the past 17 years, the number of users of the global network has increased by almost five times.

How did SARS affect financial markets?

As with coronavirus, the SARS epidemic has had an impact on the global financial market. After information appeared about the outbreak of infection in the media, the US Dow Jones index fell by 18%. However, the fall was quickly compensated enough - over the next six months, it grew by 30,5%.

During the outbreak of SARS, gold prices jumped nearly 25%. Elevated precious metal prices continued throughout 2003. In 2020, a similar trend is observed. This is easy to explain: investors have always considered precious metals as a means of protecting capital during a crisis.

17 years ago, oil prices collapsed sharply at the beginning of the epidemic - the losses recovered only by May 2004. As you can see, the situation is very similar to the current state of affairs. SARS forced investors to get rid of risky assets in favor of more reliable and stable investments. 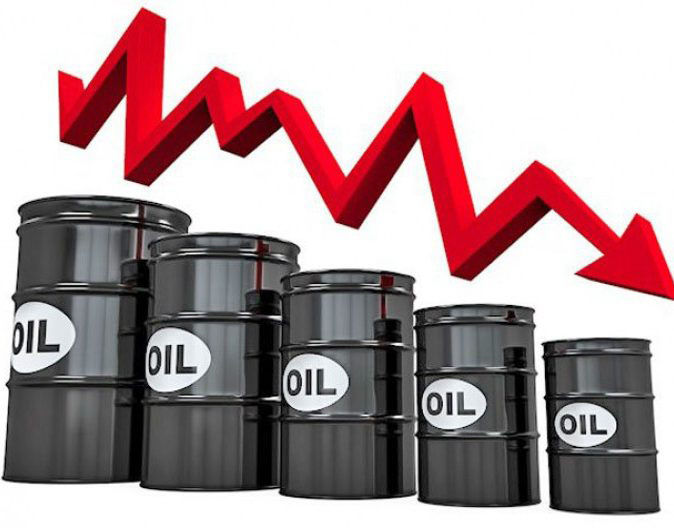 How will this all end this time for financial markets?

Now the economic situation is very similar to what happened with the financial markets 17 years ago. In February 2003, the Dow Jones index peaked, but then fell by almost 17%.

In early 2020, the US stock market also showed a positive trend. On February 4, Nasdaq broke a historical record despite the coronavirus. However, in early March, US markets experienced the largest collapse since 1987.

The virus forced investors to switch to gold: precious metal prices peaked since February 2013. Financial experts expect that in the near future quotations of precious metals will continue to grow.

As in the midst of the SARS epidemic, investors switched to precious metals to avoid risks and protect capital from inflation.

Since the beginning of the year, WTI oil prices have fallen by 33%.

The dynamics of oil prices coincides with the situation in 2003. The Dow Jones index fell again stronger than quotes of "black gold". 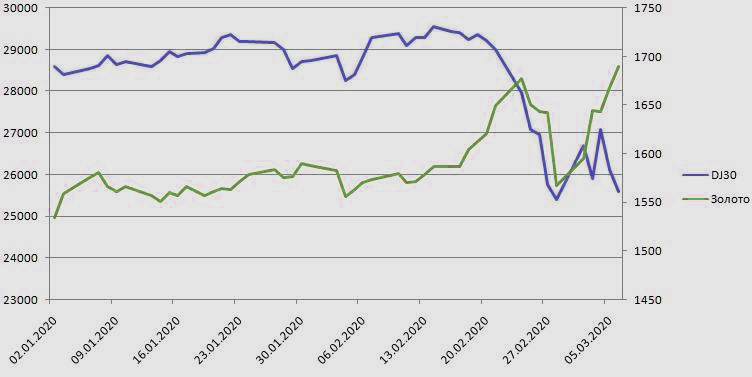 I think that this year the situation will continue to develop in the same way as during the outbreak of SARS. By the end of the year, oil and securities prices should be expected to increase, so the 2020 crisis in Russia is unlikely to be comparable with the situation in 2014-2015.

In addition, 17 years ago, the world's central banks of the largest countries supported financial markets and economies. The US Federal Reserve, the European Central Bank and the People’s Bank of China provided commercial banks with additional funds to increase lending and keep interest rates low.

In early spring, the Central Banks of the United States, Canada and Australia lowered interest rates and provided the banking sector with additional liquidity. Prior to this, the People's Bank of China lowered the refinancing interest rate. A meeting of the European Central Bank took place on March 12, following which it was decided to maintain the base rate at 0%.

Given all of the above, until I see reasons for panic. In the coming year we should expect an increase in oil prices and stabilization of stock markets.

How can I buy Facebook shares to an individual? Easy!

Where can I buy Amazon shares for an individual?