What will the dollar be in 2020? Believe forecasts?

If the greatest secret exists in the world, then the future of the only world currency is this. Let's start with the main thesis: no matter how convincing the numerous forecasts are, what exactly will be the dollar exchange rate for 2020 in reality no one can say. And to explain this fact, there are not only popular hypotheses from the category of conspiracy theories, but very specific theoretical evidence and market signals. However, no one bothers to work out the most likely scenarios. Let's try to formulate our own forecast for the dollar exchange rate to consider both the theoretical basis and to work out one of the scenarios.

Why the US dollar unpredictable in principle

The activities of any Central Bank should be extremely sudden and unexpected for all participants in financial markets. In this regard, the theory of financial analysis provides a lot of evidence, however, this truth is obvious even to an untrained researcher. After all, if the regulator will notify market players about their future actions in advance, then they will play against it.

For example, if the Central Bank declares that it is going to devalue the national currency, then you need to buy as many options as possible (in order to later pay off at a low price of the currency). And as a result of such co-directed actions of many participants in the financial market, the value of the national currency is jumping, and the Central Bank is forced to withstand this coordinated strategy, spending huge resources on it.

This is what the central banks of all countries do, but why is it impossible to make a forecast of the dollar? Because the US dollar is the only world currency that everyone is guided by without exception. On the FOREX there are 5 main tickers, and more than 70% of the total turnover is provided by 8 currency pairs. More than 43-45% of the turnover is in pairs, relative to the US dollar, plus all major currencies are also repelled in determining their value and are also quoted against the US dollar. 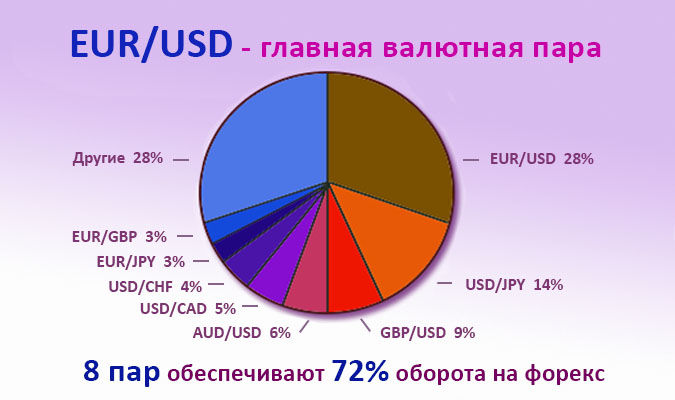 The American dollar is a countercyclical currency.

Countercyclical currency - a currency that traditionally demonstrates strengthening during periods of instability in world markets and / or recession in the global economy. This category of currencies includes, in particular, the US dollar, Japanese yen and Swiss franc.

The dollar is the strongest, most common, most recognizable world currency, which can serve as the universal equivalent of any good on the planet. 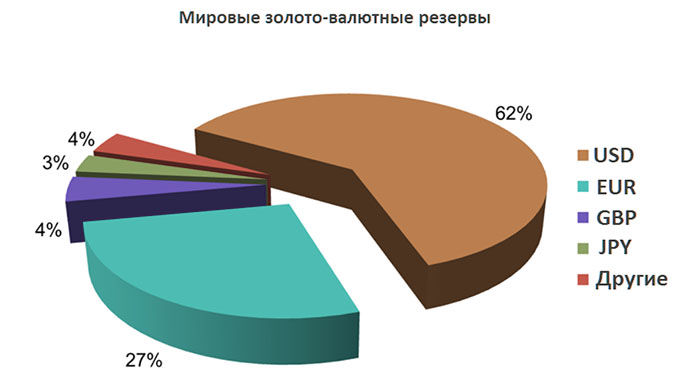 The tactical forecast (and the dollar exchange rate for 2020 is such) is the most protected secret “behind seven seals” of the US Federal Reserve. The country's financial policy is being developed in its bowels and Congress, the Senate and even the President have very limited access to its nuances. It's all about the money of taxpayers: if at some level there will be a data leak, then to recover the situation will have to spend huge amounts of money.

In this case, dollar forecasts make up all and sundry. However, one should call a spade a spade: all this is nothing more than the assumption of this particular analyst, which has no more chances for implementation than the weather forecast for the coming week.

Probable scenario of the development of events

So what kind of dollar should we expect in 2020? What are the most powerful factors in this case that are likely to affect the exchange rate of the American currency?

In accordance with the forecasts of the majority of experts interviewed by TASS employees, the expected range of the ruble to dollar exchange rate in the middle of this year will be around 62-64 rubles. But the prospects for the second half of the year look worse for the Russian currency than the first. By the end of 2020, the dollar in the Russian market could gain as much as 66-70 rubles per dollar (of course, due to global economic events). However, such a forecast characterizes, rather, the ruble, not the dollar.

And within the framework of this analysis, it seems quite logical (and even scientific) to make other assumptions regarding the dollar exchange rate for 2020. What events connected with the American economy in the past and present do we have?

In addition, the European continent is changing trend regarding the vision of the future value of the euro: many EU member states wish the growth of the common currency. Countries-recipes EU subsidies policy we would like to see the dollar exchange rate for 2020 against Euro rate at the level of 1,15-1,16 (where the European currency is, of course, more expensive).

All these factors unambiguously indicate that there is no alternative to further depreciation of the world currency relative to the present level. And that's why:

Of course, this is not 100% accurate, but if you put together the most influential vectors of interests of the world's largest economic players (in particular, the interests of US corporations and EU countries), then everything indicates precisely the weakening of the dollar against all world currencies during 2020 of the year. So, this forecast has a logical justification.

What will the euro rate be in 2020? Expectations for Change

How to get rich using a smartphone: choose an application

How can I buy Facebook shares to an individual? Easy!