The euro-dollar forecast for the end of 2018

The most popular currency pair in the currency market for a long time and firmly became the leader in daily turnover. Work with her love and newcomers, and experienced traders. But this liquid tandem often presents surprises. Today I would like to talk with you about what the US and European currency is waiting for in the near future and what forecast of the euro exchange rate to the end of 2018 year.

Let me remind you, a little earlier we said about the ruble forecast >>>

Can the euro restore investor confidence?

The stable demand for the dollar is not surprising: it is now the main reserve currency for many countries in the world. Recently, her course has gradually grown, but experts do not find such a trend of optimism. Many are convinced that the strengthening of American money is a temporary process and will soon be on the decline.

True, while the European currency is in deep knockout. After the promise of the Central Bank of Europe to leave interest rates unchanged, it fell to a monthly low. The global crisis and the influx of refugees led to the fact that the fall of EUR began in 2014 and continues to this day.

Nevertheless, experts do not lose optimism. According to ECB President Mario Draghi, the EU economy is under pressure, and the euro's position is unlikely to change until the end of the summer. But in the medium term there are all prerequisites for its strengthening.

Economists who gave an interview to Bloomberg also believe that. According to their opinion and CIBC forecasts, at the end of the year the euro will cost 1,18 a dollar, and in 2019 it will grow to 1,28 dollar. This level he did not reach with 2014 year. Some analysts are cautious in their assessments, but still admit that by the end of next year the euro may rise in price to 1,26 a dollar.

Option reactions also give hope for the future strengthening of the European currency. As the agency Bloomberg, the annual and six-month indicators of the risk reversal in the liquid euro-dollar pair reached the lowest "bear" levels for 14 days. 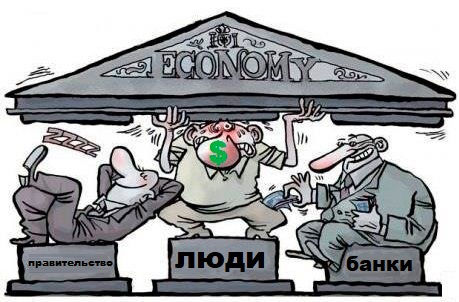 There are really grounds for believing European experts. The following factors can influence the possible weakening of the US currency:

• The reaction of Donald Trump, who repeatedly spoke about the Fed's too tight monetary policy. In the future, one can expect the reaction of the foreign exchange market to such statements.

• Next Wednesday everyone is waiting for the publication of the results of the Fed meeting. However, after its holding the rates are unlikely to be changed. However, as a result of the statements made at the meeting, the situation on the foreign exchange market will not remain the same.

• Weakening the dollar can sell off securities of companies working in the field of high technology.

At one time, investors actively bought them, counting on the stability of this sector. But now the situation has changed, and depositors began to massively sell shares. Apparently, in the near future we expect a wave of margins-calls. In other words, brokerage companies will be forced to complete investor transactions.

If market participants continue to part with such shares, they will start to emerge from the dollar. This will inevitably lead to a decrease in its rate. It should also take into account the profitability of the Treasury, which again approaches the mark of 3%. All this can contribute to America's exit from the debt market.
If there are other factors that give grounds for waiting for the fall of USD. The US Treasury Department announced plans to additionally borrow 56 billion dollars this quarter. Not left without attention and the statement of Trump, who promised to further reduce taxes on 100 billion.

Speculators on the stock market have so far taken an observant position. Nevertheless, they take into account the serious consequences of the fall of American public debt and are waiting for this process to begin.

What do Autocrypto-bot testimonials say: is it worth it to trust?

Anonymous bank cards: what it is and how to get it

Zoo in trading: what is symbolized by different animals