Why do economies fall victim to the global crisis? Who is to blame and what to do?

The global financial crisis one way or another affects every family. Inflation national currency, a period of stagnation in the West, the decline in GDP growth in the East, unstable oil prices repeatedly punched its lows, the fall in world trade, all this is not an exhaustive list of the crisis 2008 years, which is not yet over, and every time It brings new challenges to the world economy.

So because of what the world's economies are becoming victims of the crisis and who should be responsible? I'm on the basis of their experience and communication with traders from other countries will express their opinion. It may not necessarily coincide with yours, and I do not say that it is only right.

In general, a person is arranged so that always identifies evil with a particular person. For example, in ancient times thought that disasters satisfied with the evil spirits, demons and other evil spirits. Today, many believe that the economic crisis is a thing of the Presidents of hands, the Americans, or even better "world backstage". And the more harm is caused, the more powerful and mysterious personality. Talking about presidents will leave for debate in the kitchen. Let's look objectively occurring processes in the economy and see where they lead.

1. The trend in the long term, the global economy is in a growth and civilized society will always grow. Overall growth is ensured by penetration into all the country's progress in scientific discoveries and, as a consequence, modern and technology improvements.

2. The economic crisis is cyclical.
The facts:

- 1857 economic crisis triggered in the United States, the bankruptcy of the railway campaign.

- Crisis 1873 year due to the speculative rise of the real estate market as Austria and Germany. Then the crisis spread to the United States because of the failure of German banks to roll over loans.

- 1957 year, the first post-war global economic crisis. The number of unemployed in the capitalist countries has reached 10 million. Man.

- 1973 the first energy crisis, which occurred through the fault of OPEC, to reduce the volume of oil production.

3. The global economy does not develop uniformly. There have been, are and will be the poor and the rich countries, and developing countries with stagnant economies. Overall, the global market is designed so that poor countries - are becoming poorer and the rich - only richer. Domestically, the government can distribute wealth, but in the world it is simply because there is no one to do!

4. The government of any country adjusts economic policy in the event of unfavorable trends. Correct absolutely everything! Seeing the deviation from the set path of development.

Now we are seeing the most powerful and the global economic crisis since the Great Depression 1929 years. The crisis, which will change the whole world. In what direction? It will depend on the outcome of the struggle of various political forces.

What can a simple man in the street say, observing the course of events incomprehensible to him? The invisible hand of the market will put everything in its place, everything is in the hands of God, or it will start looking for the enemy! The government is first on the list, then the Americans, then the world behind the scenes.

As for the Americans, in my opinion it is normal that the country take care of its national interests first. And let the others adjust and look for points of contact, if not, it's their business. Do not we both in other countries? What's wrong with US policy? The ruling parties simply realize the interests of their country. It's another matter, in matters of military power and the issue of dollars, behave extremely incorrectly. And what action will turn out for other countries does not bother them. This is the balance of power, it's silly to expect charity from America, they solve their problems, and we are our own. So the world works. 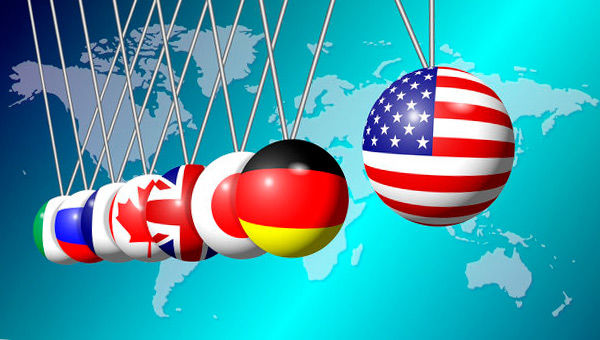 As for the "world behind the scenes." For the market and the market economy, the natural situation, that money and they tend to gather in one hand. Yes exactly! Football club "Chelsea" team of one man and not the whole of Russia. It looks logical and natural that the huge accumulation of money have their own interests and know how to protect and promote. And what's the big deal? Not one, because other. It is a fact that you need to take and adapt to it.

It remains the Government certainly done plenty of mistakes, and the influence of the Soviet past is very noticeable. The situation in the global markets is that energy prices are updating their lows, and earn another not learned. Globalization was formed gradually and the global crisis did not come in one day. We were not prepared. It is easier to do nothing, and if they do, then the old-fashioned way. Moreover, they and so just enough. And who is not enough, so it's his problem.

When it comes to money, there is only one rule is valid. Rescue of drowning, the handiwork of drowning. Do not wait for handouts from the state. To learn a new profession. For example be a trader to trade everyone can, you can, with due regard to the case in the financial markets around the deal and does not depend on the crisis ... Good money you can earn is always, even in a crisis!

Do you want to live as ever lived - learn to do things that have never done!