Names of world currencies: the history of their origin

At the moment, on the ground there are a little more than 250 States. Of these, 195 independent countries, and the rest are uncertain or special status. A total of about 160 the world currency, in law or in fact, used in different areas. Get at least, that each of the second state has its own money. Some of the money you use, as some of you have heard.

Dollar - The most popular currency in the world. It is a means of payment in the United States, Australia, Canada, Panama, Dominica, New Zealand, Ecuador, Puerto - Rico and other countries.

One-volume dictionary of English «Oxford Dictionaries», the name of the dollar, as the Slovenian tolar, which was in circulation until 2007 years, takes its name from the coins joachimsthaler "Joachimstaler", abbreviated to "thaler" or "daler" from the Flemish language. This coin got its name from the valley of "Joachim" (located in the Czech Republic near the city of Jachymov), in which the silver was mined, from which the coin was minted. In the process, the word was transformed and began to be used in other languages. Later, coins used during the American War of Independence became known as the "dollar" in the Spanish - American and British colonies.

In 1792 year OFFICIALLYREGISTERED currency of the United States called "dollar».

The pound sterling is the monetary unit of the UK. Syria, Lebanon, Sudan, South Sudan, Egypt is also called the national currency Pound. To distinguish the British currency against the currencies of other countries of the same name, in the official documents used by the full name "pound».

The British Pound has received its name from the Latin word «poundus"Which means in Latin" weight. " But there are several versions of the origin of the name in the history of the currency. According to the most probable name appeared in 12 century and meant "a pound of pure silver." Major transactions expressed in "sterling". One troy pound had a weight of about 240 ancient British coins "sterling."

«Peso"In Spanish literally means "the weight". In the countries of the former colonies of Spain, the currency used in the present time, for example, in Colombia, the Dominican Republic, Cuba, Argentina, Mexico, Uruguay, Chile and the Philippines.

In the early 16 century, when the Spaniards came to the territory of modern Mexico, as such there was no money there at all. The payment for the local population was cocoa beans. Then the Spanish conquistador Fernando Cortés was ordered to cast out of all gold that he would find in the new Spanish territory, gold coins. However, Cortes decided to disobey the royal order and began to mint some of the coins from pure gold, and another piece of gold with a small admixture of copper. As a result of this, several types of coins appeared in the colony, estimated by the weight of pure gold in them. The golden peso is the most expensive, the peso from tepuske (from copper and golden crumb) is less valuable. According to some opinions, the name "pesos». 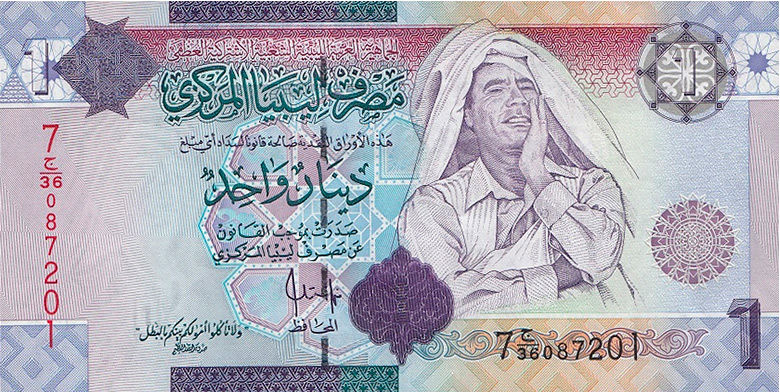 Dinar is called the national currency in Tunisia, Algeria, Macedonia, Bahrain, Iraq, Kuwait, Jordan, Serbia and Libya. The name "dinar"Went on ancient silver coin "penny"That was tender on the territory of the Roman Empire. The word "penny" came from the Latin word "denarius", which means "consisting of ten."

Money with the name "dinar"Along with other terms Kantar and Dirham, can be found in the Qur'an. Thus "Dinar" in the holy book of Muslims called cash equivalents.

«Zloty"Translated from the Polish language "Z? Oto" means "gold". The term began to be used for the first time in 15 century, so called enters the Rzeczpospolita gold coins minted in foreign countries, mainly gold ducats. 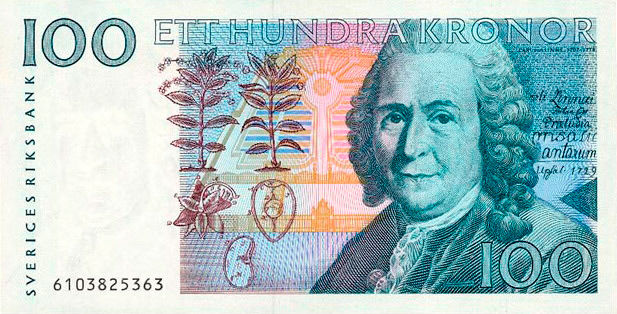 Several European countries, such as Denmark, the Czech Republic, Sweden, Norway, Iceland referred to as its national currency. As you may have guessed, the word "crown" is derived from Latin «Corona» and translates literally as "crown". The same crown as depicted on a coin "kuronndor" (first crown), minted in 1340 in France, gave the name of the new currency.

The name of the currency received from the consonant Latin word «Libra», Which translates as "pound" .Tochno as well as the British "pound", the name comes from the weight of the unit - troy pound, which was used for weighing silver.

In the middle of 13 century Florence began minting gold coins «fiorino d'oro», it is from this Italian coin is named after the Hungarian "forint". Only through 1 century in Hungary began to produce their own coins, called "florin". Over time, the coin got its original appearance and final name "forint».

Countries such as Saudi Arabia, Yemen, Qatar, Oman and Iran, the national currency is called "rial". The name was borrowed from latynskogo language "Regalis" translates as "royal". As you can see, the name of this came to the Arab world from Europe, as the Arabs called euro coins: piastres, thaler, sovereign.

So they called their national money into Brazil. In the European countries, before moving to the "euro", the Spanish and Portuguese residents called the money "real».

In 14 century Castile was first minted "real silver." These silver coins were in circulation until mid-century 19. "Real"Translated from the Latin means "Royal Coin". On one side of this coin was the double crown in a circular line, and the other was vychekanen coat of arms of Spain. Later on the reverse began to depict a portrait of the Spanish king. 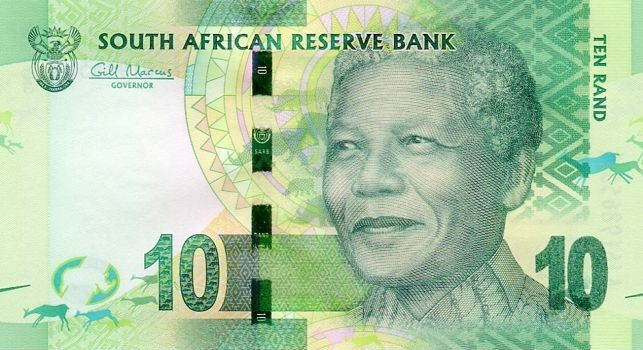 The national currency of South Africa "Rands"(" Rand ") takes its name from the mountain range of the Witwatersrand," rand "if abbreviated, which is located in the eastern part of the Republic of South Africa. Incidentally the largest gold deposit in 19 century was found just in the area of ​​the Witwatersrand ridge.

National currency "Rands", There is comparatively long, only 1961 year. This is a very important year, because this is the year of South Africa declared independence and seceded from the British Commonwealth. 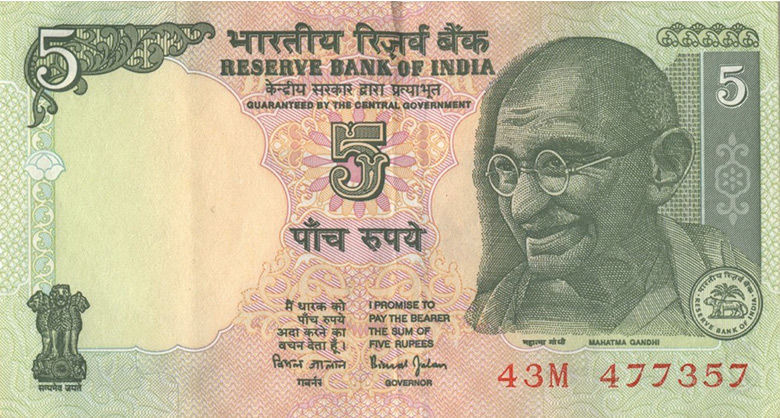 «Rupee"Called the national currency of the following countries: India, Nepal, Mauritius, Indonesia, Pakistan, Seychelles and Sri - Lanka. "Rupee» ( «rupya») in Sanskrit It means "hammered silver» or "Crafted silver". One of the greatest reformers of India Sher - Shah Suri in 16 century brought the coin, which was called "rupee". Many years have passed, and the coin is still in use and does not come out even at a time when India was part of the British colony. There is a version that has a place to be, the word "rupee"Comes from the Indian" rura ", meaning" cattle. " For a long time it played the role of natural cattle money in India trade relations.

One of the leaders and ideologists of the movement for Indian independence from the British, Mahatma Gandhi, is depicted on the front side of each banknote. This is not often seen in the world of money. Portrait of Mahatma Gandhi to "Rs"Differs only in the image and the color on the reverse side.

Did you know that in 2010, the Government had issued a symbolic banknotes 0 rupees. All this within the framework of the anti-corruption campaign. Such money can not pay off in the store, the activists of the Anti-Corruption offered the locals to give this money to policemen and officials - extortionists. Needless to say, the anti-corruption money is incredibly popular.

The Chinese character that indicates the name of the Chinese national currency, in the literal meaning means "round object" or "Round coin". This label has gone more to the Qing Dynasty. The first national money China saw 1835 year, they were nachekaneny silver. By the way in the Chinese language, "yuan"Referred to the basic unit of any currency such as the US dollar" mei yuan. "

Sometimes "yuan"Even the Chinese called the dollar". The names of currencies of Korea "won" the Japanese "yen", Mongolian "Tugrik" just went from the Chinese, "yuan". 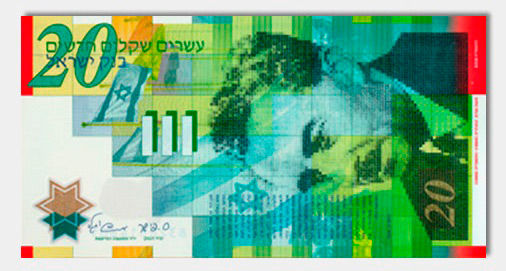 «Shekel"In Hebrew means measure the mass of gold and silver, in the literal sense of the word It means "to weigh". It shekel (silver coin weighing 11,4 grams) served as the monetary unit of the ancient Jews and the Middle East. The first mention of "NIS" appeared in 2 millennium BC. The ancient people of southern Mesopotamia was used as a reference weight 1 wheat (0,046g.). "Chez" means "grain." 180 "above" were "sikil" (8,28g.), As the Hebrew word was transformed into "shekel».

Incidentally, the 30 of silver, for which, as it is written in the Bible, Judas Iscariot betrayed Jesus Christ, were the most 30 Tyrian shekel.

Why IQ option does not accept traders from Russia?