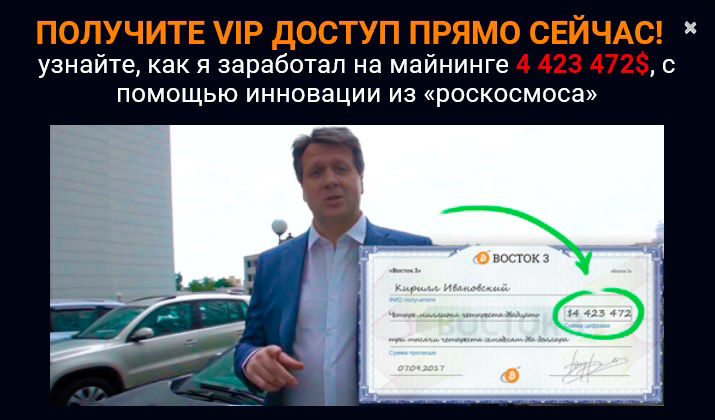 Today I would like to tell you about the East 3 project. Created by supposedly to provide opportunities for mining, in its essence, he is a scam. In the basis, as it is not difficult to guess, the HYIP around crypto-extraction, to which the creator - Cyril Ivanovsky, did not disdain to use. Only here, bad luck - mining means getting a reward for processing a certain amount of information, in the form kriptovalyuty. To do this, it is necessary to use technical equipment, through the delivery of which "to rent" to handle large amounts of information, and earnings occur. However, in the project "East 3" there is not a hint of it. The whole point is centered around binary options and the project head, who allegedly created a secret code that can turn the whole essence of crypto-extraction. On closer examination, it can be understood that there is nothing in the project except for binary options. 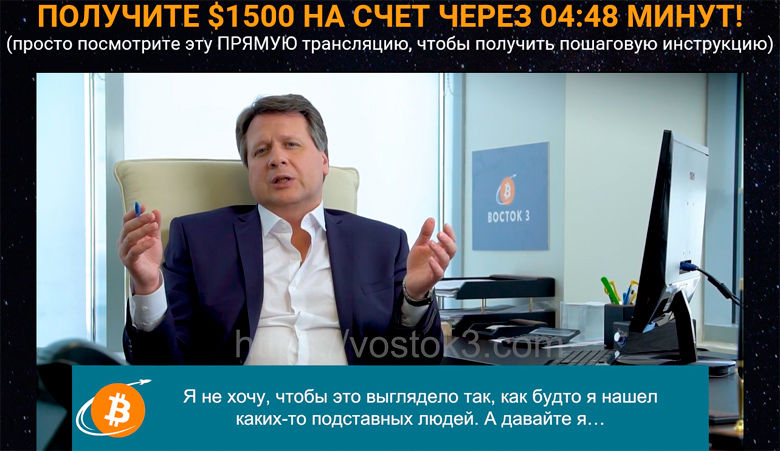 Let me introduce to you the "genius-founder" of the project. I do not know who this move is for, but I doubt that today you can find many people who are able to believe in the effect of Pinocchio. In fact, the creator proposes to focus all efforts on pushing a certain button, which, allegedly, will bring its owner unprecedented wealth. According to his assurances, nothing more will be needed - the wealth tree will grow on its own.

In order to more frighten the brains trustful users, the creators of the East-3 created a document. It is presented in the form of a certificate, in which promises to return to each investor all that they contributed to the project with loud phrases. On this screen you can see the certificate taken from the official website: 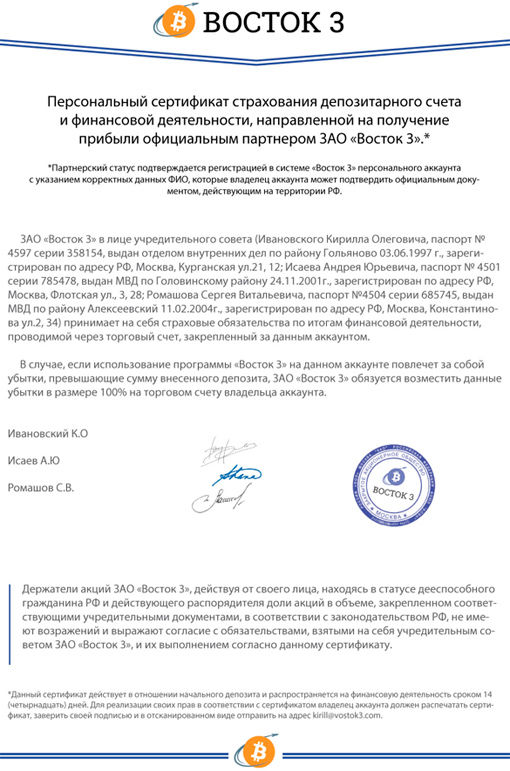 In total from this screen you can get only 3 point, on which the system of investigation will be built in the future:

- The official name of the company is ZAO Vostok-3.
- The project's base is in Moscow, and all its representatives are residents of this city.
- The company's managers are: Ivanovsky Kirill Olegovich, Isaev Andrey Yuryevich, Romashov Sergey Vitalevich.

All formalities are taken into account. To curb people's anxiety, even a section was created with scans of the documents of the project chapters, but it is necessary to dig deeper. For further investigation, I allowed myself to find their data through the tax, and I was given the following result: 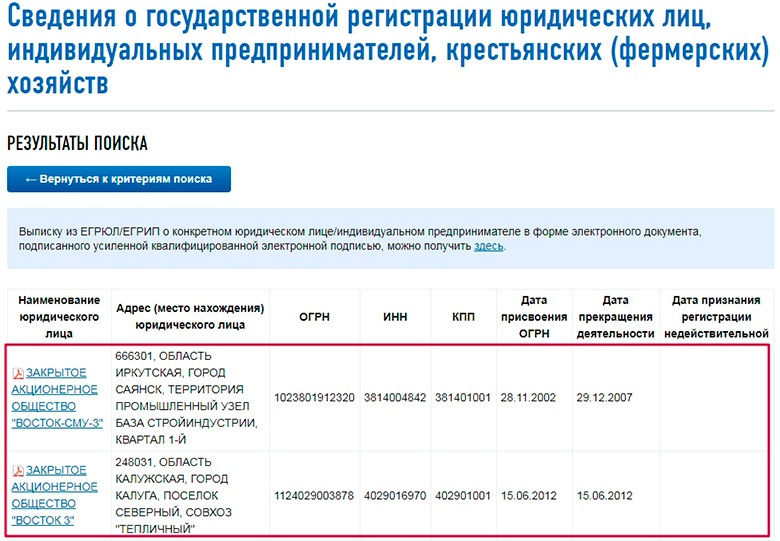 The site does not provide any information that could be a confirmation of their theory. However, at the same time, data are being published regarding the same-name companies, but already in the Kaluga region. By the way, if you start checking by name, it turns out that they have nothing to do with Vostok-3, and even more so for representatives of the mining sector. I think if they find out about this coincidence, they will be much surprised.

"East - 3" itself, traditionally used by all unclean companies, offers its customers to use the services of a specific broker. Advertising is directed to a certain CT-Trade. After a little research, I got a lot of information about their activities. To the broker a huge number of claims, and the conditions that he offers, should from the threshold give people to think about. So, the person who opened their page literally drops out a ton of information (by the way, illiterate), regarding the opportunities for earning and promises of the golden mountains.

Next, I paid attention to the time of issue of money. Since the representative of the "East - 3" himself promised to do this for 15 minutes. In fact, it turns out that the broker is responsible for the conclusion. Next, I read his terms, which say that the minimum withdrawal period is 1 day. What I personally have is doubt. Read my article about withdrawal of money from trusted brokers.

In addition, so that you can withdraw your money, it will be necessary verification, which, at times, takes a lot of time and effort. In addition, as an "incentive", "East - 3" together with the broker offers a literally in an ultimatum form to contribute money to their account.
Jokers - not otherwise.

On the replenishment to the East 3

I was also very curious about the constant reminders of the program about the replenishment of other people. 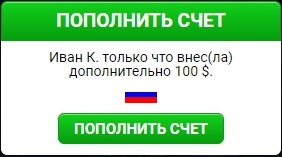 Why do I even need to know that someone has replenished something ?! In addition, if you remember the developer's promises, then I generally should not need replenishment, since this program will earn me unprecedented money. In promises of the possibility of earning up to 10 thousand dollars a day, however, while I'm told that there people make extra 100 bucks.

So that you have a correct idea about the company "East - 3", which is now actively promoted on the Internet, I suggest you familiarize yourself with the most curious reviews from the user. 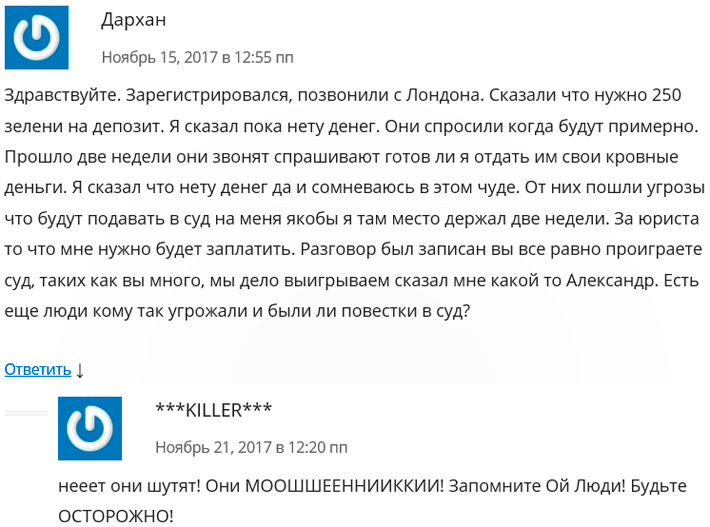