Binary Robot 365 review. In advertising, they promise to earn money, but in fact they deposit the deposit

As part of this review, I want to express my opinion about the system "Binary Robot 365"Because there are a lot of questions about her. I have been trading for a very long time, I've seen a lot of divorce in trading in terms of robots, unfortunately, not all of it bypasses. Therefore, it is very important to immediately suppress such things, laying out information about it on the network. So, Robot 365 is just from the category that is frank fraud and stupidly draining the money of users in a matter of seconds. 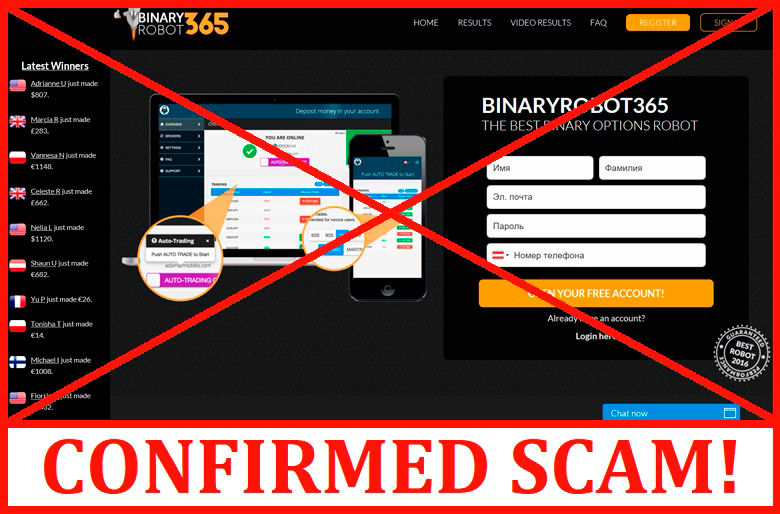 A robot is a copy of many known algorithms (but without settings), which includes a set of indicators, such as:

• CCI - the notorious commodity channel index from Donald Lambert;
• MACD - a popular tool for analysis based on the histogram and moving averages from Gerald Appel;
• Williams - determines the state of overbought or oversold instrument, was developed by Larry Williams;
• RSI is the same relative strength index of the trend, which shows the probability of its change from W. Wilder;
• Stochastic - a stochastic oscillator analyzing the price range from George Lane;
• And several trend indicators (TREND), details of which are not discussed. Probably, these are all the same Bollinger Bands and Regression Channels, but one can only guess.

All would be well, because a set of such indicators should work, but it was not there. The developers seem to have reacted irresponsibly to the testing and configuration of the system. As a result, she even wins a single deal from 10, just drains the whole bill at once and that's enough.
At the same time, about 90% of deals in plus and a lot of other advantages are declared on the site. They threw in addition some left users on the main page with clearly dummy photos and names. At one 7000 $ of profit, at another 6000 $, the others earned only on 5000 $. Really? Duck with 80-90 transactions in plus it was possible and 100000 $ to write, why not. This kind of advertising just makes laugh.

The site itself is generally translated through Google campaign, because solid errors in cases and a bunch of unnatural expressions. This is especially true of the section, which indicates answers to common questions that are clearly aimed at naive newcomers.

Among the brokers are available:

• 24option;
• BinaryTilt;
• TorOption and a few other less known ones.

Another immediate issue is that:

• There is no way to check the Expert Advisor on a demo account;
• There are no open and public signals, so that he would cause at least some confidence.

By the way, the system belongs to the sensational from Investoo.com, Which owns a large budget. She does everything to at least somehow smooth out the robot's reputation in the network, but this is not enough when the algorithm merges into a pure one. Within the advertising company for the robot a special rating site of allegedly legal advisers was created (https://legalbinaryrobots.com) For options, where naturally it is listed in the first place. For many requests in the search engines, contextual advertising is hanging, so the robot is shown in the first positions, thousands of users can enter the page.

Credulous and green traders are the main target of this company. For their sake, this review was actually written. I hope that you did not fall for such a "fishing rod" before reading this text. In general, the company lures people as they can, because otherwise it will not profit from the activity. 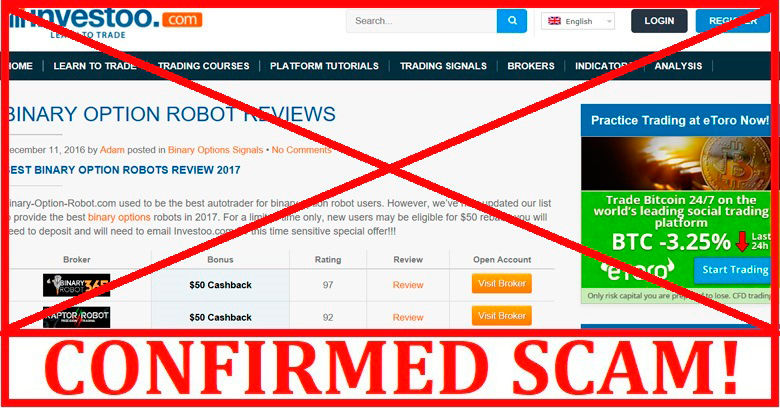 In the English-speaking Internet, there is already a whole ton of information about this robot. There it is listed in all black lists or the so-called "scam", which are only known, however, this does not prevent its creators from mastering the Russian segment. Below you can see some of the most vivid opinions about the program.

(It can be seen that they write themselves reviews, they use Google translator :)) 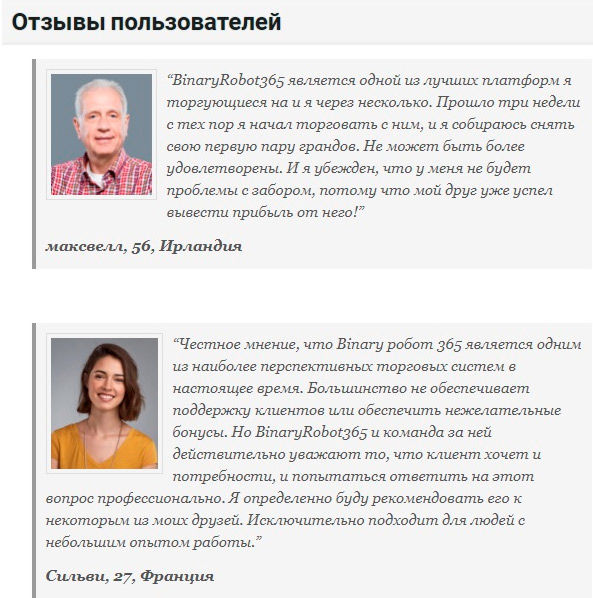 I think about this robot everything is clear and without a result, but still we list that we managed to find out about it:

• By description it copies a known system using several oscillators and trend indicators, but there is no detailed instruction about the algorithm;

• Indicators are not configured and under any schemes give a negative result, which indicates that the developers did not even test their robot;

• The site is translated disgustingly, users on the page are dummy, the amounts on their accounts are fictitious;

• You can not check the Expert Advisor on the demo and there are also no signals for verification;

• it is also impossible to connect the system to an existing account;

• in the English-language Internet the adviser will bring in a lot of black lists, which is not surprising, but in Russia so far there are no reviews about him as such.

If you still have any questions after that, it's just about whether you should lose money yourself or see how this robot will lose them in a second. It seems to me, even if I open deals at random with my eyes closed, and it will be better than Binary 365. Thus, personally, I highly recommend that you not use this robot.