Feedback on the robot system Quantum Systems and Evgenia Abramov

In this article I decided to pay attention to the system called Quantum System, since many are interested in the features of working with this company and their developments. I was able to test them in my time. I note at once that the review will be more overview and devoted to technical aspects. So, let's get started. 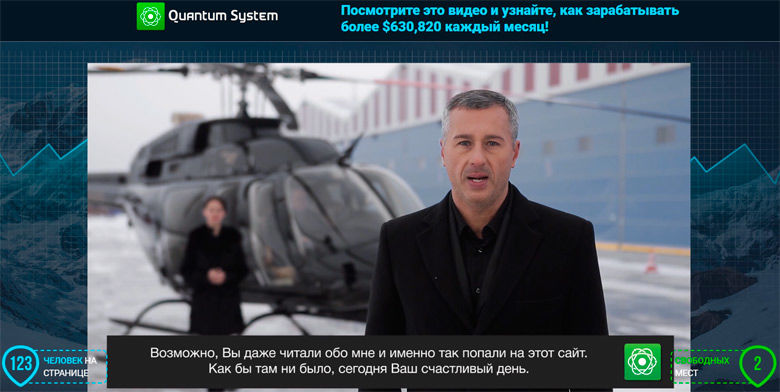 Quantum System is a robot for automatic trading of binary options from the company of the same name, the creator and CEO of which is the multimillionaire Evgeny Abramov.

Several facts on the application of the company (but not necessarily a reality):

As a result, the system is described by developers as a kind of "Grail" in trading options, the only question is, is it really so.

The system works only with compatible brokers, while the program is not connected to existing accounts, such is the policy of the company and its founder. Trade is conducted in fully automatic mode at 100%. After registering on the official website for connection, you must act according to the following plan:

- open and refill the account with the broker (the program itself is provided free of charge);

- if necessary, choose the size of the lot to open the transaction and expect a profit.

In trading, the standard options for currency pairs and crypto-currencies are used. Transactions are opened automatically, there are a few settings for risk management and activation of the system. The personal account displays the latest transactions and their result.

Reviews on Quantumsystem on the Internet

The network has many different opinions about the company, which is quite natural. Such developments give a strong resonance in society. Among the total, there are mostly negative and neutral reviews. Opinions on the merits are not very many, most often people turn to the personality of Evgeny Abramov and the company itself, without giving specific arguments about the use of the system. As a whole, an indifferent attitude to the algorithm stands out. 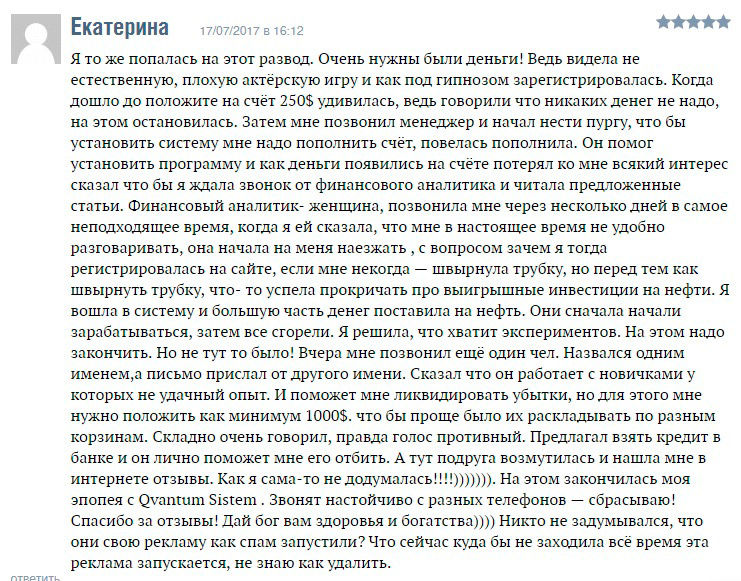 My opinion about Quantum Systems

In my opinion, the system from the company Quantum System Management - not the most interesting development, I treat it more neutrally and at the moment I do not use it. Judge for yourself, there is no free access to any information about the algorithm and the strategy used, only different advantages are listed. It is difficult for me to single out any positive or negative aspects in this system, since its mechanism and the so-called "quantum formula" are hidden from public access.

By results, we have the following:

- I have written you a system of working with the algorithm;

- Analyzed a lot of reviews on the network, which have a generally neutral direction;

- expressed her opinion about the robot.

Anyway, the decision to use this system remains for you.